Could a 50 year-old theory apply to the business you own or manage? Actually, yes.

Richard Koch is a wealthy investor who turned $4 million dollars into billions with only a handful of investments. His book, Star Principle, outlines his philosophy and strategy.

It’s essentially the Growth-Share Matrix,  also known as the “Boston Box,” which was developed by the Boston Consulting Group in 1970. Deceptively simple, the entire theory could be written on a napkin. 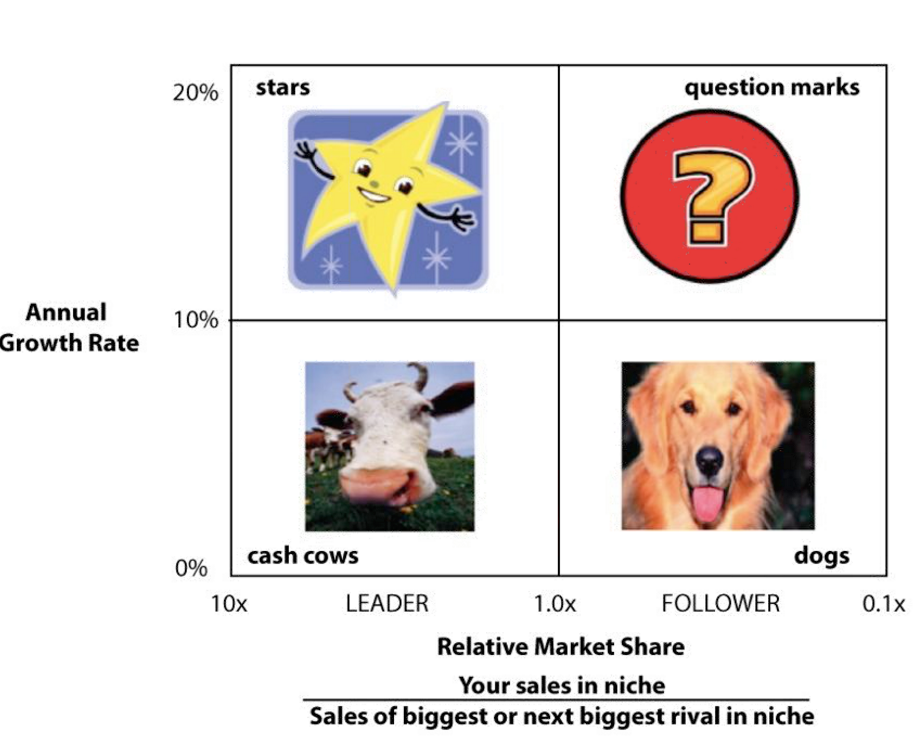 Here are the highlights:

Let’s take a look at this two by two matrix. The vertical axis is for annual market growth rate (not individual businesses), and the horizontal axis is for a business’s market share within a given market.

There’s a lot of emphasis on the term “market,” so let’s explore that a little. In Healthcare, if we look at the global trend of declining reimbursement an increasing costs, we might conclude the market is not growing. However, a medical practice could be in a growing community with a booming economy. Both are part of the equation. Remember the old expression: “A rising tide lifts all boats.”

“Star” businesses are market leaders in a market  niche that is growing at least 10% annually. Star businesses are in a race to meet demand. Leaders should capitalize on their opportunity to grow their market position while the market is favorable. For example, the largest Dermatology practice in Nashville has the resources to expand to multiple locations, thus gaining more market share and overall profitability.

“Cash Cows” are market leaders, but their market is not growing. They will produce income, but growth potential is limited. For example, a Junior College located in a region that hasn’t had economic or population growth in the past decade may struggle to increase their enrollment.

“Dogs” are businesses with low market share in mature industries. These businesses “break even,” and may struggle to do that. An example is an automotive repair shop ranked 3rd in market share in a small town that just lost a major employer to overseas competition.

“Question Marks” (also called “Problem Children”) have low market share in a high growth market. They have potential to gain market share and become stars, or if the market fails they could become dogs.

According to this formula, the futures of our businesses are closely tied to our market position (which is within our control) as well as the overall conditions of our market (outside of our control). We need awareness of this in our future planning, especially as it relates to technology.

To learn more about our complimentary, high-level consultation, click here: IT Wellness Assessment